Chewing gum is effective for drug delivery. Drug release takes place as the gum is masticated and is absorbed through the oral mucosa unchanged into the blood. In some cases saliva containing the drug is swallowed and further absorbed.

Nicotine gums are common, but also gums containing other drugs, in order to to give fast acting medication. Other drugs are for instance against motion sickness for healthy teeth or stimulating like for instance Caffeine or Cannabis.

The gum formulation also enables the user to control the release of the drug in a simple way since the drug is released only during chewing.

FIA is the manufacturer of the Chewing Apparatus, dissolution rate tester DRT, for dissolution testing of chewing gums. We are also the only commercial producer of the DRT world-wide.

We can also construct a solution for your special needs.

We provide highly qualified contract research services, based on the DRT.

We can develop test methods for dissolution testing and perform tests during the development of new gum formulations. The services includes lab analysis and data evaluation.

Sales, distribution and service for the DRT product range is through FIA in the Nordic and Baltic countries, and for the rest of the world through Erweka GMBH

FIA’s chewing apparatus is used to chew gum and analyze the speed at which various substances are released. It can for example be used to analyze the release of drug and candy flavors.

The chewing apparatus was developed in close collaboration with Nicorette brand name holder and other producers of medicated chewing gums.

It is adopted by the European Pharmacopeia 7.4, § 2.9.25 and is to be adopted by the US Pharmacopeia. Nicorette and Rugby Nicotine gums are registered in all countries with dissolution data from our Chewing Apparatus. The largest chewing gum manufacturers in the candy industry are among our customers. Other applications include testing of snuff bags and tablets.

The design is modular, which means that you upon ordering can select how many parallel chewing cells you want (defaults up to six). Logging can be done: the jaws pressure towards the chewing gum, torque at shear force (twisting motion), pH and temperature. This can be then presented by a computer. With the modular design we can easily modify it for your needs. Controlled Mortar Grinder development of tablets is one possible custom application.

Safe working environment is archived by enclosing all moving parts with protective walls. The crewing apparatus is by default delivered on wheels for easily movement. Other versions are also offered. 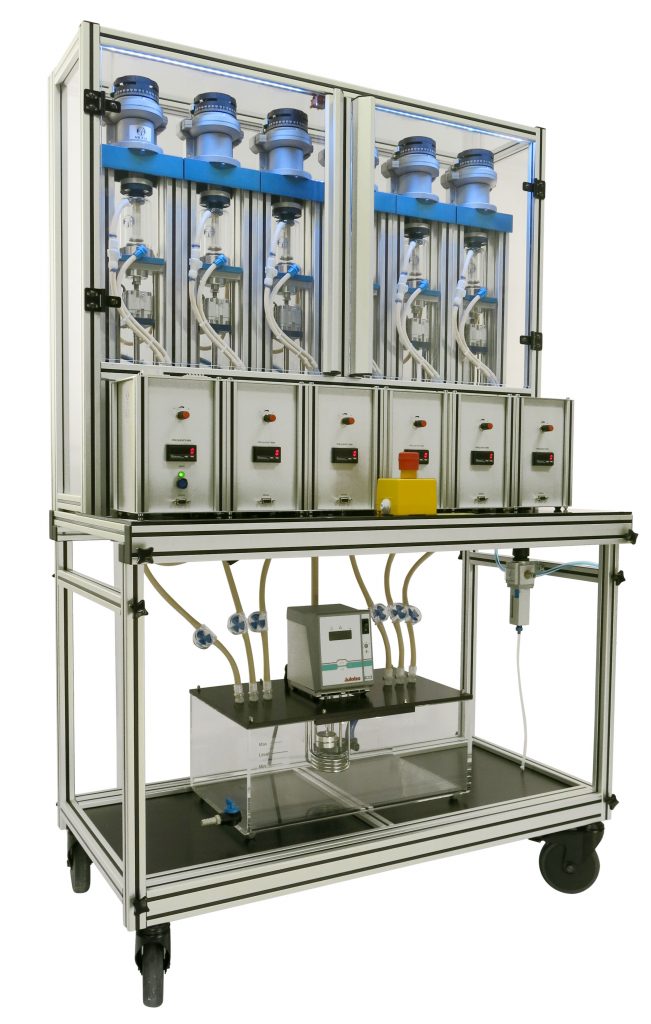 The chewing result depends on the surface of the jaws.

During the development of the Chewing Apparatus, we have made hard efforts to ensure good quality of every aspect of the machine. We have tested many materials and patterns on surfaces of the jaws. The surface properties  are specified in the manual of the DRT. To get most reproducible results and optimum performance of the machine, the jaws needs to be maintained by cleaning and sand blasting. Then strictly measured according to the manual.

The maintenance should be done after each use of the jaws. It is possible to threat the surface manually with a sandblaster. This can be done by the customer.

FIA offers cleaning, re-blasting and qualification, as a paid service by skilled and educated personnel.

We also sell an Automatic Blaster that can be used to convenience and fully reproducible sandblasting.

The Automatic Blaster is exclusively built for the treatment of jaws belonging to the Chewing Apparatus (DRT). It’s easy to operate and gives a higher reproducibility than manual blasting. 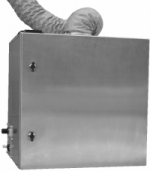 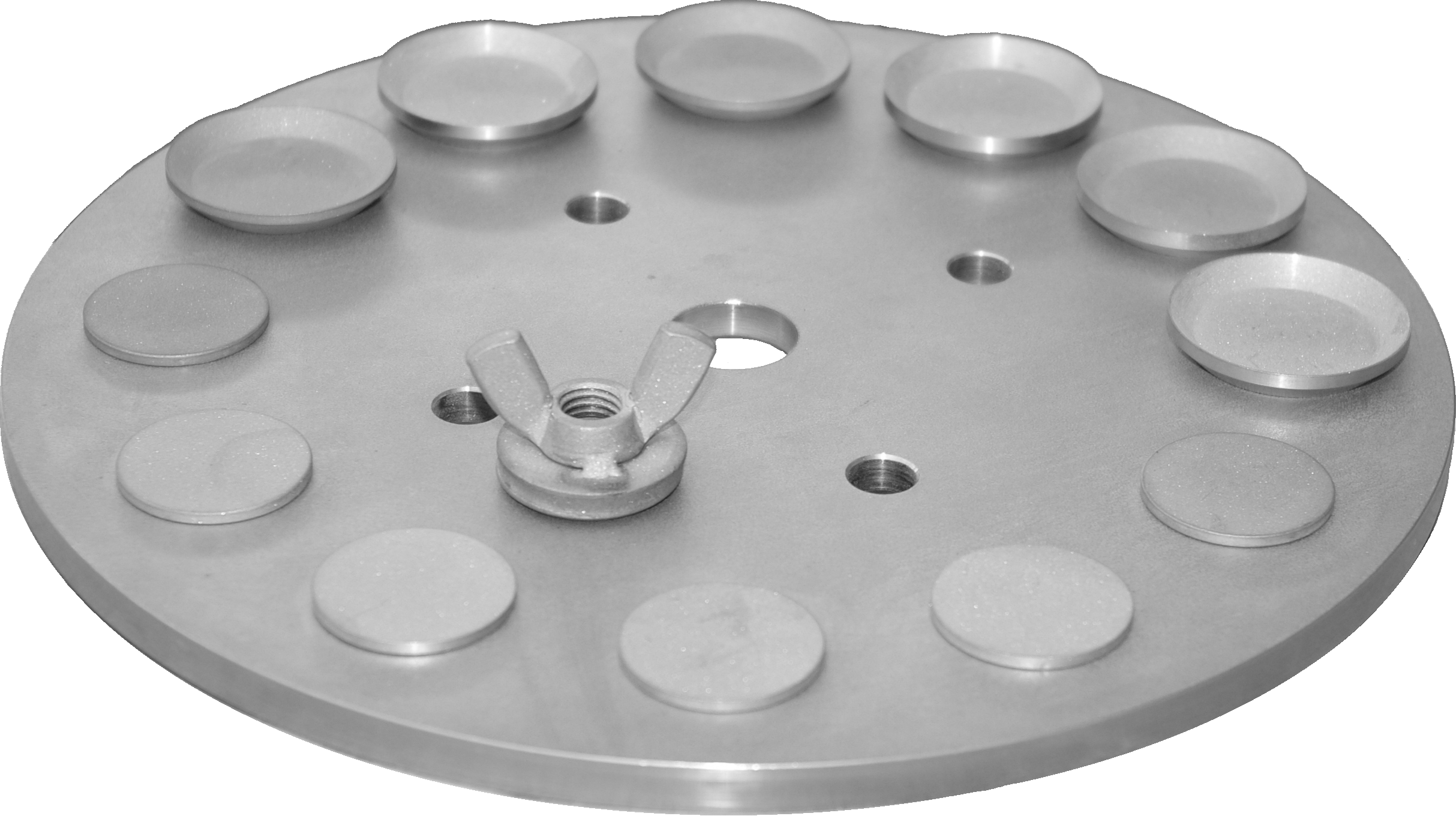 Fill sand, connect to power and compressed air. Mount 12 jaws on the plate and then place it in the blaster cabinet. Close the door and press “START”. After 16 minutes the jaws are done sandblasting.

Figures: The blaster consists of three parts: Blaster, filter unit and a hand operated keypad. Shown is also the plate for the jaws to be inserted into the blaster cabinet.